Microstructure evolution and hardness were evaluated at the interface of two friction-welded transition joints between P91 and AISI 304 fabricated applying Inconel interlayers, viz. single-interlayer weld (P91/IN600/AISI304) and three-interlayer weld (P91/IN625/IN600/IN800H/AISI304). The welds were subjected to post-weld heat treatment at 1023 K for 1 h followed by air cooling and a long-term exposure at 973 K for 100, 250, and 500 h. A soft zone with the absence of lath martensite was noticed in both the welds which was located at the intercritical heat-affected zone of the welds. This zone was found to be extending with time toward the fine grain heat-affected zone by carbide precipitation and coarsening at the grain boundaries. Soft zone formation at the interface of the welds was found to be due to carbon diffusion. The presence of high-nickel-content alloy at the interface was proven to be beneficial in stopping carbon diffusion at the interface. Though soft zones existed in both the welds, better creep rupture life was observed for three-interlayer welds. Finite element analysis of these weld joints was performed for thermal loading followed by tensile loading. The results from this analysis indicated that thermal expansion also plays an important role in the failures of these dissimilar weld joints by creating high stress at the interface due to incompatibility. 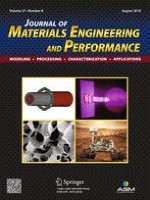