Most recent research on object tracking sensor networks has focused on collecting all data from the sensor network into the sink, which delivers the predicted locations to the corresponding nodes in order to accurately predict object movement. The communication cost of this centralized scenario is higher than that of a distributed method. Centralized data collection affects the freshness of the data and increases latency in movement trajectory prediction. In addition, due to the large amount of packets being sent and received, sensor node energy is quickly exhausted. Although this data collection method might result in higher accuracy for prediction, the sensor network lifetime is not reduced. In this paper, a distributed object tracking method is proposed using the network structure of convex polygons, called faces. The nodes in the faces cooperate to find the trajectories of an object and then these trajectories are used to predict the objects’ movement. The proposed method, based on trajectory tree construction, can reduce both the storage space of collected trajectories and the time spent on trajectory prediction analysis. Simulations show that the proposed method can reduce the energy consumption of the nodes and make prediction of nodes moving direction accurately than the existing approaches. 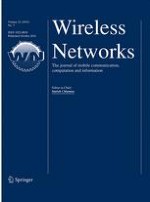