In a process simulator, the distributed wireless liquid level control experiments have been performed by using the generalized predictive control algorithm. The wireless local area network was established with antennas between process simulator in Unit Operations Laboratory and the computer in Process Control Laboratory. We performed the online wireless experiments with MATLAB/Simulink program. Data transfer during the wireless experiments were carried out using radio waves at a frequency of 2.4 GHz. Experiments on the same conditions were achieved by three certain values of control weighting factor in the controller algorithm, whilst the changes in valve opening and liquid level with time were monitored. In all experiments performed with the distributed control system, the control valve opening is fixed with very small oscillations after a sudden increase in the beginning. We obtained the best liquid level control response to different set point changes for the same set of controller tuning values. The Integrated Square of the Error and the Integrated Absolute of the Error values were chosen as performance criteria. The distributed wireless liquid level control was effectively realized to the process simulator and it is recommended for industrial applications. 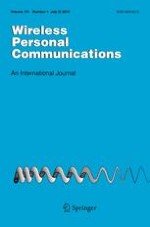