Anti-reflection coating (ARC) film effectively reduces the reflection of sunlight on the silicon wafer surface and then increases substantially the solar cell conversion efficiency. In this work, we carried out experiments to lessen the reflectance and thus improve the conversion efficiency with double AR coating layer with silicon nitride and silicon oxide by plasma enhanced chemical vapor deposition (PECVD) for the silicon solar cells. The optimized thicknesses and refractive indices of each ARC layer were calculated with Essential Macleod program and the theoretical method. The single antireflection layer of silicon nitride was applied with 800 Å thickness and its cell showed the conversion efficiency as 17.45 %. For the double layer AR coating (DLARC), silicon nitride layer was deposited first using SiH4 and NH3, and then, silicon oxide was deposited with SiH4 and N2O. The thicknesses of SiNx and SiO2 were 800 Å and 1400 Å for DLARC-1 and 500 Å and 1000 Å for DLARC-2, respectively. As a result, the reflectance of DLARCs was lower than single SiNx and then yielded increase of short-circuit current and conversion efficiency. The completed solar cell with DLARCs showed conversion efficiencies of 17.57 % for DLARC-1 and 17.76 % for DLARC-2. This indicates that the double AR coating layer is effective to obtain the high efficiency solar cell with PECVD. 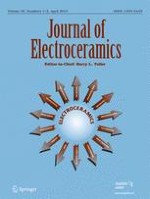 A study on high-output piezoelectric micropumps for application in DMFC