Droplet impingement experiments were performed on grooved hydrophobic surfaces with cavity fractions of 0, 80, and 93 % using droplets of water and a 50 %/50 % water/glycerol mixture. The influence of liquid viscosity, cavity fraction, and spreading direction, relative to the surface grooves, is explored qualitatively and quantitatively. The maximum droplet spread diameter, velocity of the rebounding jet, and the time delay between droplet impact and jet emission were characterized for Weber numbers, We, based on droplet impact speed and diameter, up to 500. The unequal shear stresses and contact angles influence the maximum spread diameters in the two primary spread directions. At We > 100, the ratio of the spread diameter along the direction of the grooves to the spread diameter perpendicular to the grooves increases above unity with increasing We. The maximum droplet spread diameter is compared to recent predictive models, and the data reveal differing behavior for the two fluids considered. The results also reveal the existence of very high relative jet velocities in the range 5 ≤ We ≤ 15 for water droplets, while such jets were not observed for the more viscous mixture. Further, in the range 115 ≤ We ≤ 265, the water/glycerol jet formation dynamics are radically different from the water behavior. Most evident is the existence of two-pronged jets, which arise from the anisotropy of the surface and the unequal shear stresses and contact angles that prevail on the surfaces. It is these influences that give rise to differences in the maximum spread diameters in the two primary spread directions. Similar two-pronged jet emission was observed for water over the very narrow range of We from 91 to 96. The issuing jet velocities were also observed to increase with increasing cavity fraction for both fluids and over the entire range of We explored. Lastly, the elapsed time between droplet impact and jet emission decreased with increasing cavity fraction. 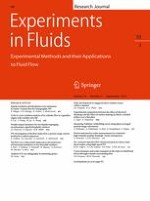