An aluminized coating was prepared on Ti-6Al-4V alloy by hot-dip aluminizing and subsequently diffusion treatment. Dry sliding wear tests were performed for the aluminized and uncoated Ti-6Al-4V alloy under the loads of 10-50 N at the sliding velocities of 0.5-4 m/s. The wear resistance of the titanium alloy was improved by the aluminized coating under various conditions, especially at 4 m/s. The improved wear performance was suggested to be attributed to the Ti-Al coating and tribo-oxide layer. Tribo-layers were identified to form on worn surfaces under various conditions but their influence on the wear behavior and mechanism was decided by the amount and kind of oxides. The outmost values of the microhardness distribution at subsurfaces as a function of load could be used to identify the property and stability of tribo-layers. At 4 m/s, oxide-containing tribo-layers (more TiO, TiO2 and trace Fe2O3) presented high hardness and stability, thus possessed an obvious wear-reduced function. Conversely at 2.68 m/s, no-oxide tribo-layers did not show the protection from wear because of their lower hardness and instability. The formation of tribo-layers under various sliding speeds was noticed to be a process including wear debris production, oxidation and accumulation and densification, even sintering. 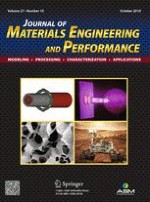 Inhibiting Effect of Additives on Pressure Solution of Calcite