The purpose of this article is to investigate the effect of an initial pre-damage induced by a fatigue loading on the tensile dynamic behavior of Advanced Sheet Molding Compounds (A-SMC). Tension-tension fatigue preloading at a frequency of 30 Hz is performed at various applied stress levels prior to subject the A-SMC specimens to tensile tests at different strain rates, namely: 10−3 s−1 (quasi-static), 1 s−1 and 60 s−1. The developed experimental approach provided significant findings in terms of residual behavior and damage accumulation in relation to the applied pre-fatigue loading conditions. Indeed, it has been shown that the overall quasi-static and the dynamic responses are strongly affected by the level of fatigue number of cycles reached prior to applying the high strain loading. The effect of fatigue pre-damage is found also strongly strain-rate dependent. Experimental results showed that the damage threshold in terms of stress and strain increased with strain rate. However, for a given strain-rate the damage stress threshold depends on the number of cycles applied during the fatigue preloading. 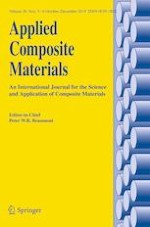