In this work, we investigated the role of sintering atmosphere and temperature on low-temperature degradation of 3 mol.% yttria tetragonal zirconia polycrystals ceramics. Green compacts were prepared by die-pressing followed by cold isostatic pressing at 200 MPa. The green bodies were sintered between the temperature range of 1250 and 1500 °C in air and argon gas atmosphere. Sintered samples were tested to determine bulk density, Young’s modulus, Vickers hardness and fracture toughness. The results revealed that the mechanical properties of air-sintered samples were better than that of argon-sintered samples sintered at 1400 °C and below while the argon sintering marginally improves the fracture toughness and hardness when sintered at 1450 °C and above. FESEM images showed that the tetragonal grain size was similar when sintered in argon atmosphere. However, regardless of sintering atmosphere, grain growth was inevitable as the sintering temperature was increased. Hydrothermal aging test in superheated steam was performed in an autoclave at temperature of 180 °C and 10 bar pressure up to 12 h. Effect of aging on tetragonal-to-monoclinic phase transformation was measured by using x-ray diffraction. The phase transformation was found to be strongly influenced by the sintering temperature and sintering atmosphere. The sample sintered at 1500 °C in argon atmosphere exhibited rapid phase transformation compared to air atmosphere, while the samples sintered at or below 1400 °C in argon showed no phase transformation after 12-h exposure in steam environment. 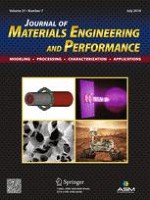