Biodiesel from waste cooking oil (WCO) and soybean oil (SO) mixture was produced by changing the alkali catalyst (NaOH) content and the WCO to SO ratio in the feedstock. All the prepared biodiesel samples satisfied the standard requirement in terms of free glycerol, density, and acid value. The minimum catalyst content and the highest WCO composition to get biodiesel from the WCO/SO mixture feedstock without ruining the biodiesel properties were 1.0 and 60 wt %, respectively. This conclusion implies that the waste cooking oil mixture, which contains 40 wt % fresh soybean oil, could be treated like the fresh soybean oil to produce biodiesel, and that this behavior would be helpful to reduce the biodiesel production cost when waste cooking oil used as feedstock. The unsaturated methyl esters such as linoleic, and oleic acid were dominant (almost 80 % w/w) in the fresh soybean oil. However the saturated methyl ester was increased due to the double bond breaking during the frying process. These results may deteriorate the biodiesel quality by changing the methyl ester composition. 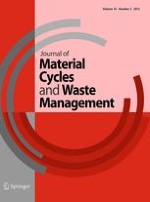