The purpose of this work was to experimentally investigate the thermal diffusivity of four different gray cast iron alloys, regularly used to produce brake disks for automotive vehicles. Thermal diffusivity measurements were performed at temperatures ranging from room temperature to 600 °C. The influence of the thermal conductivity on the thermomechanical fatigue life is also briefly presented. The measurements were sensitive to the influence of the carbon equivalent and alloying elements, such as molybdenum, copper and chromium. Molybdenum, unlike copper, lowered the thermal diffusivity of the gray cast iron, and alloy E (without molybdenum), besides presenting a relatively low carbon equivalent content and an increase in the values of the thermal diffusivity, presented the best performance during the thermomechanical fatigue. The molybdenum present in alloys B and C did not fulfill the expectations of providing the best thermomechanical fatigue behavior. Consequently, its elimination in the gray cast iron alloy for this application will result in a significant economy. 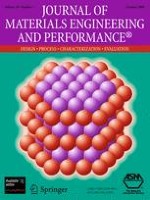