The effect of ion partitioning, a phenomenon significantly affecting the arrangement of ions in an aqueous system due to spatial permittivity variations, on electrophoresis of spherical soft particles is analytically studied. Along with this line, the electric potential is considered small enough to allow applying the Debye-Hückel approximation, and the relaxation effect is neglected. The core is considered to have an arbitrary charge, and the charge of the polyelectrolyte layer is assumed to be homogeneous and independent of the electrolyte properties. The main result of this paper is an analytical expression for electrophoretic mobility, which is validated by comparing the results with the predictions of available analytical solutions valid for limiting conditions. The results indicate that the ion partitioning can significantly increase the electrophoretic mobility of soft particles. The influence of the ion partitioning increases with increasing the polyelectrolyte layer (PEL) friction factor and the electric charge of the core, whereas the opposite is true for the PEL charge. 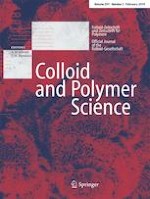