The effect of laser shock peening (LSP) on the residual stress, microstructure and hot corrosion behavior of damage-tolerant TC21 alloy was investigated. The equilateral scanning pattern was adopted to obtain a large overlapping area for LSP. The hot corrosion experiments in a salt mixture composed of 75 wt.% Na2SO4 + 25 wt.% NaCl at 700 and 800 °C for a total exposure of 25 h were conducted. The results demonstrated that LSP caused a high compressive residual stress with a significant increase in micro-hardness and microstructural changes in the form of crystal defects, i.e., high density dislocations. The crystal defects promoted the outward diffusion of Al, Cr and Ti to form protective mixed oxides (Al, Cr, Ti)O2. These oxides improved the adhesion of outer oxide layer and hindered the inward diffusion of O, S and Cl, which was beneficial to improve hot corrosion resistance. The mass gains of LSP-treated specimens after hot corrosion at 700 and 800 °C were, respectively, 3.72 and 4.78 mg/cm2, which were much lower than those of untreated specimens (5.65 and 6.81 mg/cm2). Therefore, LSP leads to an improvement in resistance to hot corrosion of TC21 alloy. 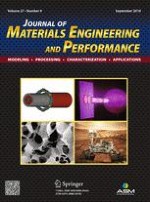