The nesting of layers has great effect on the permeability which is a key parameter in resin transfer molding (RTM). In this paper, two mathematical models were developed to predict the out-of-plane permeability of unidirectional fabrics with minimum and maximum nesting, respectively. For different zones of characteristic yarn arrangement in the unit cell, the local permeability was modeled as a function of geometrical yarn parameters. The global permeability was then modeled as a mixture of permeabilities of different zones with the electrical resistance analogy. The influences of local permeability of each zone on the global value of unit cell were deeply researched. In addition, two different fabrics were tested and a reasonably good agreement was found between the model predictions and experimental results. We also found that the permeability values were two orders of magnitude larger with minimum nesting than with maximum nesting. However, the differences between minimum nesting and maximum nesting decreased with increasing fiber volume fraction. 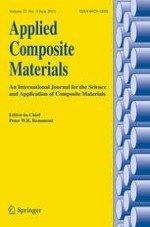