Vibration-assisted drilling (VAD) of Ti6Al4V is typically used in the aerospace industry to enhance the performance of the machining process. A mix of continuous and saw-tooth chip formation is associated with VAD of Ti6Al4V. In this paper, a comprehensive experimental study is developed to examine the effect of process parameters on the dominant chip formation mechanisms and the associated effects on the thrust forces and machined surface finish. The results indicate a significant change of the chips free surface produced by VAD. The kinematics of VAD showed a direct relation between the VAD amplitude and the effective rake angle. In agreement with the theory of saw-tooth formation due to cyclic crack formation, the scanning electron microscopy (SEM) examination showed a gross crack (GC) and micro crack (MC) along the shear plane. The GC increased from 20 μm for conventional drilling to 224 μm for VAD at the highest amplitude. Moreover, increasing the VAD amplitude to 160 μm showed an obvious enhancement of the machined surface finish. In addition, the study presents the influence of VAD on the tool wear mechanisms through the composition analysis of the chips machined surface using Energy Dispersion X-ray Spectroscopy (EDS). 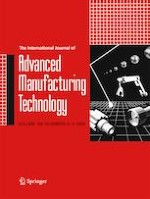