Ensemble methods for building improved classifier models have been an important topic in machine learning, pattern recognition and data mining areas, where they have shown great promise. They boast a robustness that has spearheaded their application in many practical classification problems, especially when there is a significant diversity among the ensemble members. Actually, they replace traditional machine learning techniques in many applications and special attention has been devoted to them as a mean to improve the prediction accuracy for problems of high complexity. Several combination rules have been investigated in this context. However, it is claimed that no rule is always better than others for designing an optimal decision. The present study evaluates the performance of two different ensemble methods for protein secondary structure prediction. We focus on weighted opinions pooling and the most common aggregation rules for decisions inference. The ensemble members are accurate protein secondary structure single model predictors namely, Multi-Class Support Vector Machines and Artificial Neural Networks. Experiments are carried out using cross-validation tests on RS126 and CB513 benchmark datasets. Our results clearly confirm that ensembles are more accurate than a single model and the experimental comparison of the investigated ensemble schemes demonstrates that the newly introduced rule called Exponential Opinion Pool competes well against state-of-the-art fixed rules, especially the sum rule which in some cases is able to achieve better performance. 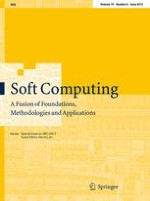 The time complexity analysis of a class of gene expression programming