The effect of temper condition and corrosion on the fatigue behavior of alloy AA2219 has been investigated in different temper conditions (T87 and T851). Corrosion testing was performed by exposing the tensile specimens to 3.5% NaCl solution for different time periods, and the corrosion damage was quantified using a 3D profilometer. The exposure-tested specimens were subjected for fatigue testing at different stress levels, and the reduction in fatigue life was measured along with detailed fracture morphology variations. The results indicated that the alloy in both tempers suffers localized corrosion damage and the measured corrosion depth was 120 and 1200 µm, respectively, for T87 and T851 conditions. The loss in fatigue strength was found to be high for T851 (67%) when compared to that of T87 temper condition (58%) for a pre-corrosion time of 15 days. In both cases, fatigue crack initiation is associated with corrosion pits, which act as stress raisers. However, the crack propagation was predominantly transgranular for T87 and a mixed transgranular and intergranular fracture in the case of T851 temper condition. This was shown to be due to the heterogeneous microstructure due to the thermomechanical working and the delay in quench time imposed on the alloy forging in T851 temper condition. The findings in this paper present useful information for the selection of appropriate heat treatment condition to facilitate control of the corrosion behavior which is of great significance for their fatigue performance. 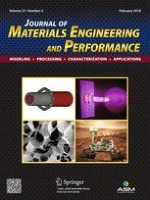