The present work focuses on investigating the effect of laminate thickness on quasi static indentation behavior of glass/epoxy laminates under acoustic emission monitoring. The load bearing and energy absorbing capability of the glass/epoxy samples at different indentation depth were examined. The damage development and damage mechanisms associated with the tests were characterized in both thin and thick samples, and their results were correlated. The results showed that the thickness of the glass/epoxy laminates significantly influenced the damage onset load, residual deformation and damage area. It was observed that the thick samples exhibited higher peak force, greater absorbed energy, and residual flexural load by an average of 2.08, 2.53, and 2.13 times respectively compared to thin samples. In contrast, the permanent deformation and damage area was observed to be 32% deeper and larger in thick samples while the thin samples showed reduced damage area and residual deformation which attributes to greater elastic response caused by large global deformation. 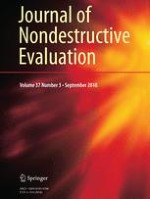