In this work, a post annealing process in CdCl2 was applied to improve the quality of pulsed laser deposited CdS films, and the effect of annealing temperature on the quality of CdS films was studied. The research indicated that the grain size of CdS thin films obviously increased after the annealing process, and crystallinity and optical transmission performance of CdS films were enhanced as well. Moreover, the CdTe solar cell with the annealed CdS window layer obtained better performance. The annealing temperature is a significant factor in the annealing process. 420 °C may be an optimistic annealing temperature, since not only the CdS layer annealed at this temperature had good crystallinity and optical transmission performance with a relatively smooth surface, but also the photovoltaic device with this window layer obtained the best performance among all the samples, including higher short-circuit current, open-circuit voltage and efficiency, corresponding to 26.97 mA/cm2, 760.80 mV and 12.37% respectively. 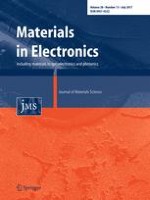