CdS thin films were cathodically electrodeposited by means of a two-electrode deposition system for different durations. The films were characterised for their structural, optical, morphological and compositional properties using X-ray diffraction (XRD), spectrophotometry, scanning electron microscopy and energy dispersive X-ray (EDX) respectively. The results obtained show that the physical and chemical properties of these films are significantly influenced by the deposition time and post-deposition annealing. This influence manifests more in the as-deposited materials than in the annealed ones. XRD results show that the crystallite sizes of the different films are in the range 9.4–65.8 and 16.4–66.0 nm in the as-deposited and annealed forms respectively. Optical measurements show that the absorption coefficients are in the range 2.7 × 104–6.7 × 104 and 4.3 × 104–7.2 × 104 cm−1 respectively for as-deposited and annealed films. The refractive index is in the range 2.40–2.60 for as-deposited films and come to the value of 2.37 after annealing. The extinction coefficient varies in the range 0.1–0.3 in as-deposited films and becomes 0.1 in annealed films. The estimated energy bandgap of the films is in the range 2.48–2.50 eV for as-deposited films and becomes 2.42 eV for all annealed films. EDX results show that all the films are S-rich in chemical composition with fairly uniform Cd/S ratio after annealing. The results show that annealing improves the qualities of the films and deposition time can be used to control the film thickness. 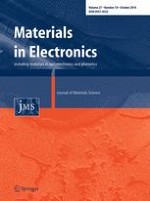