Effects of HA-Coating on the Surface Morphology and Corrosion Behavior of a Co-Cr-Based Implant in Different Conditions | springerprofessional.de Skip to main content
TOOLBAR 1 2 3 4
SUCHE MENÜ 1 2 3 4

The corrosion behavior and surface morphology of a Co-Cr-based implant after HA-coating using the sol-gel method were investigated. Sintering was performed at four different conditions. Surfaces of the samples were characterized and evaluated using field emission scanning electron microscopy. Atomic force microscope was used to measure the surface roughness and to collect the micrographs of the HA-coating layer. The x-ray diffraction results confirmed the formation of a crystalline phase of HA on the surface of the substrates. To measure the corrosion resistance, the samples were dip-coated with two different thicknesses (78 and 142 μm), and then tested by potentiodynamic polarization and spectroscopy (EIS) in SBF at 37 °C after sintering process. This study revealed that the thickness of the HA-coating layer affects the corrosion rate of the substrate, but the sintering condition of the HA-coating layer plays a remarkably more significant role in improving the corrosion resistance of Co-Cr-based implants. Moreover, the sample sintered at 600 °C for 20 min with thickness of 142 μm showed considerably enhanced surface morphology and superior corrosion resistance compared with the bare material and other treated samples. 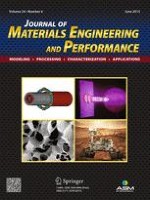