Thermoelectric materials carry significant promise for self-powering future generations of unattended microdevices and wearable devices. The current increased interest in such devices highlights the need for research to provide understanding of the basic material properties of thermoelectric materials, specifically in thin-film form, deposited on flexible polymer substrates. In this study, the surface topography, crystalline structure, and electrical properties of sputtered thin films of two of the most common thermoelectric materials, i.e., antimony telluride (Sb2Te3) and bismuth telluride (Bi2Te3), supported on silicon and polymer substrates were investigated. The study focuses on determining the effect of the sputtering power and underlying substrate on the crystal structure formation as well as grain size of the resulting thin film. Radiofrequency (RF) magnetron sputtering with power levels from 50 W to 200 W was used to deposit these layers on several test structures. The results demonstrate that increasing the RF sputtering power resulted in (i) an increase in the crystalline size (from 0.48 nm to 29.66 nm for Sb2Te3 and from 10.60 nm to 20.29 nm for Bi2Te3), (ii) a significant increase in the content of tellurium (Te) in the Sb2Te3 and Bi2Te3 thin films, (iii) an order-of-magnitude increase in the electrical conductivity of the Bi2Te3 thin film fabricated on silicon wafer, and (iv) a 150% increase in the Seebeck coefficient for both Bi2Te3 and Sb2Te3 samples. Furthermore, surface roughness analysis showed that deposition on polyimide substrate modestly increased the surface roughness (Ra), from 6.59 nm to 9.91 nm for Bi2Te3 and from 12.46 nm to 15.41 nm for Sb2Te3. The electrical resistivity of Bi2Te3 thin films on polyimide was found to be 2.72 × 10−3 Ω m, compared with 1.58 × 10−3 Ω m on silicon substrate, while for Sb2Te3,, the electrical resistivity on polyimide substrate increased to 580 × 10−3 Ω m as compared with 145 × 10−3 Ω m on silicon substrate. Taken together, the results of this work demonstrate that the use of high deposition power during RF sputtering of Sb2Te3 and Bi2Te3 thin films results in significant improvements in their crystallinity, conductivity, and Seebeck coefficient, which are key material properties of great importance for thermoelectric materials.
Anzeige 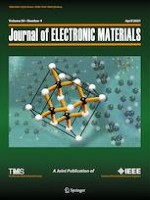 Influence of Ternary and Quaternary Inclusion on Bandgap Tuning of CaTe: Prediction of Potential Thermoelectric Materials