The role of simulation keeps increasing for the reliability analysis of complex systems. Most of the time, these analyses can be reduced to estimating the probability of occurrence of an undesirable event, also called failure probability, using a stochastic model of the system. If the considered event is rare, sophisticated sample-based procedures are generally introduced to get a relevant estimate of the failure probability. Based on the samples constructed for the evaluation of this estimate, this work considers two types of reliability-oriented sensitivity indices (ROSI). The first ones are introduced to identify the model inputs whose variability has to be reduced in priority to decrease this probability. The second ones are used to find the model inputs whose distribution has to be particularly well-characterized for the available estimate to be realistic. It is also shown how these ROSI can be derived when the true model is approximated by a surrogate model. In particular, an innovative procedure is proposed to take into account the surrogate model uncertainty in the estimation of these ROSI. The proposed approach is then applied to the reliability analysis of a series of numerical and industrial examples. 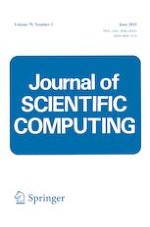 Exact Simulation of the First-Passage Time of Diffusions