In this paper, we propose an efficient preconditioner for the linear systems arising from the one-sided space fractional diffusion equation with variable coefficients. The shifted Gr\(\ddot{\mathrm{u}}\)nwald formula is employed to discretize the one-sided Riemann–Liouville fractional derivative. The matrix structure of resulting linear systems is Toeplitz-like, which is a summation of an identity matrix and a diagonal-times-nonsymmetric-Toeplitz matrix. A diagonal-times-nonsymmetric-Toeplitz preconditioner is proposed to reduce the condition number of the Toeplitz-like matrix, where the diagonal part comes from the variable coefficients and the nonsymmetric Toeplitz part comes from the Riemann–Liouville derivative. Theoretically, we show that the condition number of the preconditioned matrix is uniformly bounded by a constant independent of discretization step-sizes under certain assumptions on the coefficient function. Due to the uniformly bounded condition number, the Krylov subspace method for the preconditioned linear systems converges linearly and independently on discretization step-sizes. Numerical results are reported to show the efficiency of the proposed preconditioner and to demonstrate its superiority over other tested preconditioners. 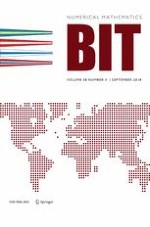