A mathematical model based on the V-shaped curve method is proposed for estimating the electric conduction failure probability of Anisotropic Conductive Film (ACF) packages with constant I/O number but different pad array aspect ratios. The overall failure probability takes account of both electrical open (opening event modeled using a Poisson function) and short circuit (bridging event modeled using a box model), and is calculated in accordance with the Inclusion–Exclusion principle of combinatorial mathematics. The results show that for a given set of pad geometry parameters, the failure probability decreases monotonically with an increasing pad array aspect ratio. However, the optimal particle volume fraction (i.e., the particle volume fraction which minimizes the overall probability failure) remains approximately constant as the aspect ratio is increased. Moreover, for an ACF package with a specified I/O number and a given conductive particle size, the failure probability can be reduced by decreasing the pad height, increasing the pad side length, increasing the pad distance, and setting the ACF volume fraction equal to that corresponding to the tip of the V-shaped curve. 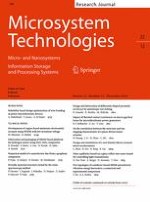