A generalized physical framework is presented for the simulation of electro-thermal ageing in large-size samples of polymeric dielectric by discretizing them into small-size elements using an orthogonal matrix. The individual elements are treated as thin-film samples with assigned generic morphological parameters, whose distribution in the matrix obeys their fitted thin-film distribution probabilities obtained from experiments. This allows the effect of spatial inhomogeneity in large-size samples to be included in the model. Quantitative simulations of the evolution of direct-current ageing up to eventual catastrophic failure are studied at sub-critical fields, and it is shown that the criterion for the onset of a deterministic runaway event is the enhancement of the local field, caused by self-organized degradation, to a temperature-dependent critical value. The lifetime is effectively the time taken to reach the critical value, and its statistics are fitted to the Weibull distribution. The failure patterns produced during ageing were found to be strongly dependent on the applied electric field, but not on temperature whose increases accelerated the ageing process instead. The global inhomogeneous properties of the dielectric were found to control the ageing process with stochastic percolation behaviour below the critical point at low applied fields. Increasing the applied field gradually strengthened the influence of local deterministic factors. 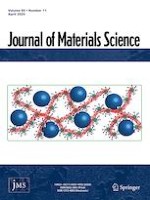