User basic data (e.g. user gender, user age and user ID, etc.) and item basic data (e.g. item name, item category, etc.) are important side data that can be used to enhance the performance of recommendation algorithms, whereas attempts concerning this issue are still relatively scarce. In this study, a deep neural networks based recommendation algorithm is proposed where user average rating, user basic data (user gender, user age, user occupation, user ID), item basic data (item name, item category, item ID) and item average rating are used. The main idea of the algorithm is to build a regression model for predicting user ratings based on deep neural networks. For this, according to the user data (user average rating and user basic data) and the item data (items basic data and item average rating), a user feature matrix and an item feature matrix are respectively constructed using the four types of neural network layers [i.e., embedding layer (EL), convolution layer (CL), pooling layer (PL) and fully connected layer (FCL)]. Then, based on the obtained user feature matrix and item feature matrix, a user-item feature matrix is further constructed using a FCL. On this basis, a regression model for predicting user ratings can be trained, and a recommendation list can be generated according to the predicted user ratings. To verify the effectiveness of the proposed algorithm, three experiments are conducted using the real data from the MovieLens website. The results of experiments show that the proposed algorithm not only outperforms the state-of-the-art collaborative filtering (CF) recommendation algorithms but also alleviates the data sparsity problem and cold-start problem that would occur when the state-of-the-art CF recommendation algorithms are used. 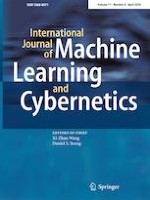 Robustness to adversarial examples can be improved with overfitting