An improved protocol with a key agreement authentication using parallel Pollard rho algorithm for electronic payment system is proposed in this paper. The protocol employs a two step of key agreement and authentication with parallel Pollard rho and encryption of transaction information using Elliptic Curve Digital Signature Algorithm (ECDSA). Pollard rho was used in parallel as a key calculator that measures attack on discrete logarithm problem (DLP) of three main e-payment parties, namely customer, merchant and bank. Customers card information was used to infer the discrete logarithm problem which in turn was reused by the merchant and bank. The ECDSA was applied to encrypt information, resulting in a combination of the summation of participatory key, l. The length l serves as a diversion against intruders’ attempt to guess the DLP. The result shows that the protocol ensured higher security within a shorter period of time in comparison with others in the literature. 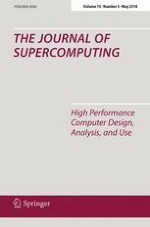