A Latent Factor Approach to Belief in a Just World and its Association with Well-Being | springerprofessional.de Skip to main content
TOOLBAR 1 2 3 4
SEARCH MENU 1 2 3 4 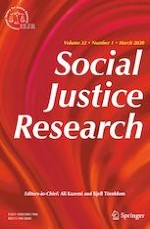