The source localization among the nodes are important to study the traffic condition in the Wireless sensor networks (WSNs). Regaining the performance of locations or defining the position of sensor nodes is one of the elementary tasks of WSNs. These wireless nodes as well offer to distribute the position details of each sensor nodes. Therefore, the network nodes would have a consist an efficient localization algorithm for improving the performance of networks. Last few decades suggested Monte-Carlo Localization (MCL) algorithm to expose the better localization performance for both mobile nodes and sensor nodes. But they are dealt with MCL based approaches, since these approaches require more number of samples to achieving better accuracy and performance. In this paper has been proposed another scheme to enhance MCL by modified-genetic algorithm with the use of Least-Mean-Square (LMS) coefficients. It permits us to shot the optimum sample-sets and significantly reduce the total communication hops, therefore reducing the network traffic, communication overhead and localization inaccuracy. Experimental outcomes displays that our scheme has been better performance, which is comparable with Kalman Filter Localization algorithm and Monte-Carlo Localization algorithm. 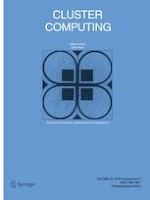