Create an alert for Neural Computing and Applications now and receive an email for each new issue with an overview and direct links to all articles.

This article presents a novel optimization technique to allocate distributed generation (DG) units optimally in radial distribution system (RDS). Three renewable type DG units (such as wind turbine, solar photovoltaic and biomass system) have been integrated in the RDS. In this regard, an optimization problem is formulated considering multiple technical and economic objectives of the DG planning. A new metaheuristic, namely multi-objective modified symbiotic organisms search (MOMSOS), is proposed to solve this optimal DG allocation problem. A chaos-based cross-over operator is introduced in the parasitism phase of the proposed MOMSOS to enhance diversity in the population. The proposed MOMSOS is equipped with hierarchical non-dominated sorting technique which is superior to the existing fast non-dominated sorting strategy in terms of computational complexity. An adaptive penalty function is utilized for constraint handling. The proposed algorithm is tested on some CEC 2009 benchmark test problems to ensure its global optimization capability. Furthermore, performance of the proposed MOMSOS is validated on 69-node RDS and the obtained results are compared with other well-established multi-objective optimization algorithms. 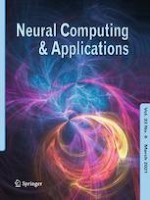 Retraction Note to: ANN model to predict the effects of composition and heat treatment parameters on transformation start temperature of microalloyed steels