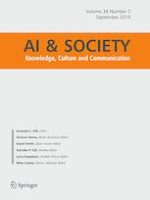 Waves and forms: constructing the cultural in design

“What do others think?” An emic approach to participatory action research in Bangladesh

Poetry as a cross-cultural analysis and sensitizing tool in design

In sweet harmony or in bitter discord? How cultural values and stakeholder requirements shape and users read an urban computing technology