An efficient clustering algorithm based on the k-nearest neighbors with an indexing ratio | springerprofessional.de Skip to main content
TOOLBAR 1 2 3 4
SEARCH MENU 1 2 3 4

Clustering is a challenging problem that is commonly used for many applications. It aims at finding the similarity between data points and grouping similar ones into the same cluster. In this paper, we introduce a new clustering algorithm named Nearest Point with Indexing Ratio (NPIR). The algorithm tries to solve the clustering problem based on the nearest neighbor search technique by finding the nearest neighbors for the points that are already clustered based on the distance between them and cluster them accordingly. The algorithm does not consider all the nearest points at once to cluster a single point but iteratively considers only one nearest point based on an election operation using a distance vector. NPIR tries to solve some limitations of other clustering algorithms. It tries to cluster arbitrary shapes which have non-spherical clusters, clusters with unusual shapes, or clusters with different densities. NPIR is evaluated using 20 real and artificial data sets of different levels of complexity with different number of clusters and points. Results are compared with those obtained for other well-known and common clustering algorithms. The comparative study demonstrates that NPIR outperforms the other algorithms for the majority of the data sets in terms of different evaluation measures including Homogeneity Score, Completeness Score, V-measure, Adjusted Mutual Information, and Adjusted Rand Index. Furthermore, NPIR is experimented on a real-life application for segmenting mall customers for effective decision making. The source code of NPIR is available at http://evo-ml.com/2019/10/28/npir/. 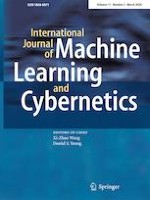