We study a new kind of nonzero-sum stochastic differential game with mixed impulse/switching controls, motivated by strategic competition in commodity markets. A representative upstream firm produces a commodity that is used by a representative downstream firm to produce a final consumption good. Both firms can influence the price of the commodity. By shutting down or increasing generation capacities, the upstream firm influences the price with impulses. By switching (or not) to a substitute, the downstream firm influences the drift of the commodity price process. We study the resulting impulse-regime switching game between the two firms, focusing on explicit threshold-type equilibria. Remarkably, this class of games naturally gives rise to multiple potential Nash equilibria, which we obtain thanks to a verification-based approach. We exhibit three candidate types of equilibria depending on the ultimate number of switches by the downstream firm (zero, one or an infinite number of switches). We illustrate the diversification effect provided by vertical integration in the specific case of the crude oil market. Our analysis shows that the diversification gains strongly depend on the pass-through from the crude price to the gasoline price.
Disclaimer

To obtain a threshold-type feedback Nash equilibrium, we view it as a fixed point of the producer and consumer best-response maps. Therefore, our overall strategy is to (i) characterize threshold-type switching strategies for the consumer given a pre-specified, threshold-type behavior by the producer; (ii) characterize threshold-type impulse strategies for the producer who faces a pre-specified regime-switching behavior of \((X_t)\); (iii) employ tâtonnement, i.e., iteratively apply the best-response controls alternating between the two players to construct an interior, non-preemptive equilibrium satisfying the ordering (15).
To analyze best-response strategies, we utilize stochastic control theory, rephrasing the related dynamic optimization objectives through variational inequalities (VI) for the jump-diffusion dynamics (4). The competitor thresholds then act as boundary conditions in the VIs. To establish the desired equilibrium, we need to verify that the best response is also of threshold-type and solves the expected systems of equations. We note that all three pieces above are new and we have not been able to find precise analogues of the needed verification theorems in the extant literature. Nevertheless, they do build upon similar single-agent control formulations, so the overall technique is conceptually clear.

The best-response functions defined in Sect. 3 lead to three types of potential market equilibria, depending on the equilibrium behavior of the consumer and characterized by the relative positions of the consumer and producer thresholds:In equilibrium type I, the consumer switches back and forth forever between the two expansion and contraction regimes. The optimal policy of the consumer is given by the threshold \(y_\ell \) in the contraction regime and \(y_h\) in the expansion regime, while the optimal policy of the producer is formed by the pair \((x_\ell ^+,x_\ell ^{+,*})\) in the expansion regime and symmetrically by the pair \((x_h^{+,*,}x_h^{-})\) in the contraction regime. We anticipate this to be the most common equilibrium type; it is precisely described and illustrated in Sect. 4.1.
In equilibrium type II, the consumer and the producer both prefer a given regime and thus, the consumer switches at most once when the market is initialized in the opposite regime. Afterward, only the producer acts to maintain the price between \((x_\ell ,x_h)\). Consider the case of a single switch from expansion to contraction; the consumer’s optimal policy consists then in only one threshold, \(y_h\). The optimal policy of the producer is more complicated: in the expansion regime, it consists of the pair \((x_\ell ^+,x_\ell ^{+,*})\) and in the contraction regime, it consists of a quadruplet \((x^-_\ell ,x^{-,*}_\ell ,x^{-,*}_h,x^-_h)\). The same reasoning applies in the other single switch case. This equilibrium is described in Sect. 4.2.
The last type of equilibrium, named type III, resembles the preceding one in the sense that at most one switch can be observed. But it differs because here the consumer is stuck forever in a state she wishes to leave. In that case described in Sect. 4.3, only the producer acts. Starting in the expansion regime, for instance, the consumer would like to switch to the contraction regime when the price reaches a threshold \(y_h\). But the producer, who prefers perpetual expansion, preempts the switch by acting at the threshold \(y_h^-\), just before the action of the consumer.
Threshold-type equilibria offer analytical tractability to describe the long-run market behavior. The latter can be summarized by the stationary distribution of the commodity price \((X^*_t)\) and the consumer regimes \((\mu ^*_t)\) as induced by the equilibrium strategies \((N^*_t, \mu ^*_t)\). To quantify these effects, we define an auxiliary discrete-time jump chain \((M^*_n)_{n=0}^\infty \) which takes values in the state space
$$\begin{aligned} E:= \left\{ S_{+}, S_{-}, I^-_\ell , I^-_h, I^+_\ell , I^+_h\right\} . \end{aligned}$$
(61)
The chain \(M^*\) keeps track of the sequential actions of the players, where \(S_\pm \) represents the switches of the consumer (“\(S_{+}\)” stands for the switch \(\mu _-\rightarrow \mu _+\) and “\(S_{-}\)” for \(\mu _+\rightarrow \mu _-\)) and \(I^\pm _r\) the impulses (up/down at the two impulse boundaries) of the producer. Thus, \(M^*\) summarizes the sequence of market interventions stored within \(\tau _i, \sigma _i\) stopping times. Note that states \(M^*_n \in \{S_+, I^+_{\ell h}\}\) imply a positive drift \(\mu _+\) of \(X^*\), while the rest imply a negative drift \(\mu _-\). Moreover, if the consumer adopts a double-switch strategy and the producer adopts a non-preemptive strategy as discussed in Sect. 4.1, then the thresholds \(x^+_h\) and \(x^-_\ell \) will be hit at most once by \(X^*\) and therefore the corresponding states \(I^+_h\) and \(I^-_\ell \) of \(M^*_n\) are transient.
Because the dynamics of \(X^*\) between interventions are always Brownian motion (BM) with drift, the transition probabilities of \(M^*\) can be described in terms of hitting probabilities of a BM. This offers closed-form expressions for the transition probability matrix \({\mathbf {P}}\) of \(M^*\), and its invariant distribution denoted by \(\vec {\Pi }\). Moreover, the sojourn times of \(M^*\) correspond to \((X^*_t)\) hitting the various thresholds (in terms of the original continuous-time “t”) and are similarly linked to BM first passage times. Combining the above ideas, we can then derive a complete description of \((\mu ^*_t)\), namely the long-run proportion of time that the commodity demand is in expansion/contraction regimes and the respective expected switching time, see (71).
In the following section otherwise stated, we use the parameter values in Table 1, such that \(\pi _i(x) = a_i (x-x^1_i)(x^2_i-x)\), \(i\in \{c,p\}\). This yields consumer and producer preferred price levels of \({\bar{X}}_c= 3, {\bar{X}}_p=4\). The same set of parameters yields an equilibrium of each type, showing the non-uniqueness of equilibria in this model.
Table 1
Model parameters for Sect. 4.1
×
We remark that while our verification results in Propositions 2–4 rigorously characterize player strategies, we do not have any existence results for the game equilibrium itself. In particular, we do not have existence results for the corresponding large systems of equations that describe all the thresholds. Global existence (i.e.,  for any admissible competitor strategy) seems to be out of reach, and it is challenging to formulate any algebraic conditions that would hold in equilibrium and ensure existence (Fig. 4). Thus, ultimately we numerically find a fixed point to the (specific type of) best-response strategy maps and then view it as an approximate (up to numerical round-off error, since we cannot show existence directly) threshold-type equilibrium. Consequently, technically our discussion below concerns candidate equilibria that satisfy the equilibrium equations up to machine precision.

There are at least three potential equilibria. A natural question is thus whether one of them is preferable to the others. Figure 7 shows the value functions of the producer and of the consumer in the two market regimes (expansion and contraction) and for the different equilibria from type I to type III. We observe that the producer would prefer in both regimes to live in a type I equilibrium. The function \(v_1^{\pm }\) dominates all the other ones (note that there is no \(v_3^-\) because in equilibrium type III contraction never happens). However, the consumer would rather be in the preemptive equilibrium type III: her value function \(w^+_3\) dominates the other two. Intuitively, we may think that the switching costs she saves by letting the producer do all the work of maintaining the price around its long-term average value compensate for the inconvenience of having prices that are higher than preferred.
×

We showed how a simple model of competition between upstream and downstream representative firms having different pace of intervention can lead to a rich variety of equilibria, potentially non-unique. The fact that the upstream firm can impact the price more rapidly than the downstream firm gives the producer a significant advantage, enabling him to lock the consumer in the producer’s preferred range of prices. Further, in the case of the crude oil market and its refinery products, we stressed how the pass-through parameter \(p_1\) plays a key role for the diversification effect induced by vertical integration. Vertical integration is beneficial for low values of \(p_1\), while for higher values, production dominates downstream activity both in terms of expected profit rate and profit standard deviation.

We thank the associate editor and two anonymous reviewers for their helpful feedback on the earlier version of the article. Aid acknowledges the Finance for Energy Market Research Initiative. Ludkovski is partially supported by NSF DMS-1736439.
Open AccessThis article is licensed under a Creative Commons Attribution 4.0 International License, which permits use, sharing, adaptation, distribution and reproduction in any medium or format, as long as you give appropriate credit to the original author(s) and the source, provide a link to the Creative Commons licence, and indicate if changes were made. The images or other third party material in this article are included in the article’s Creative Commons licence, unless indicated otherwise in a credit line to the material. If material is not included in the article’s Creative Commons licence and your intended use is not permitted by statutory regulation or exceeds the permitted use, you will need to obtain permission directly from the copyright holder. To view a copy of this licence, visit http://​creativecommons.​org/​licenses/​by/​4.​0/​. 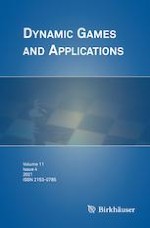