This position paper proposes a novel approach to the ethical design of social robots. We coin the term “Virtuous Robotics” to describe Human–Robot Interaction (HRI) designed to help humans reach a higher level of moral development. Our approach contrasts with mainstream approaches to robot design inspired by the other normative theories, Consequentialism and Deontology. In the paper we theoretically justify our proposal, illustrating how the Virtuous Robotics approach allows us to discriminate between positive and negative applications of robotics systems, of which we provide examples. From an ethical perspective, our proposal is theoretically robust because it is based on the assistive role played by the robot rather than the robot’s moral agency. From a designer’s perspective, Virtuous Robotics is technically feasible because it transfers the cognitive burden of HRI from the robot to the user, bypassing the need for complex decision-making abilities. From the user’s perspective, it is concretely advantageous, because it envisions a realistic way to make robots morally desirable in our lives, as supports for personal betterment and fulfilment. 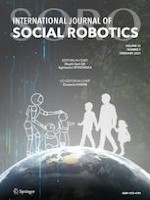 Virtue and Vice in Our Relationships with Robots: Is There an Asymmetry and How Might it be Explained?

Robotic Faciality: The Philosophy, Science and Art of Robot Faces

How to Use Virtue Ethics for Thinking About the Moral Standing of Social Robots: A Relational Interpretation in Terms of Practices, Habits, and Performance