» Get access to the full-text
Important notes
The authors all serve in a pro-bono capacity as science advisors to the National Association of State Fire Marshals in the United States.
An erratum to this article can be found at http://​dx.​doi.​org/​10.​1007/​s10694-010-0153-1

Between 1997 and 2006, more than 4,300 serious burn injuries per year in the United States were associated with clothing. Ages 5–14 had the highest average annual burn injury rate, and ages 25–64 had the lowest rate. There were 120 deaths per year in the United States associated with clothing burns between 1999 and 2004. The death rate for those over 65 was six times the national average. The General Wearing Apparel Standard has regulated the flammability of clothing worn in the United States since 1953. Nearly all of the clothing-related injuries and deaths have occurred in fires involving apparel that complied with this Standard. Despite the size of this problem, there is no organized national activity under way to begin to address these casualties. Experience with the Children’s Sleepwear Flammability Standards, issued in the 1970s, suggests that safer garments can be manufactured that would prevent many clothing burn injuries and deaths. A more stringent up-to-date flammability standard, production of safer garments, use of warning labels, and educated consumers are needed. 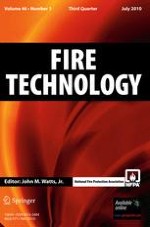 Respiratory Exposure Study for Fire Fighters and Other Emergency Responders

Awakening of Sleeping People: A Decade of Research