This paper examines the concept of (public) sin as well as efforts to counteract sin from the perspective of Islam. The understanding that hisba, the prohibition of vice and enjoining of virtues, are a responsibility of both the state and the community is common in historical and contemporary Muslim societies. Where the state cannot or does not provide means for countering (public) sin, the perception for some Muslims is that the responsibility on the community and individuals to do so increases. Based on ethnographic research in Britain, Nigeria, Indonesia, Malaysia, and Singapore, the paper highlights examples of how sin has been defined amongst Muslim communities as well as the methods and rationales given to justify the forbidding of sin as a collective and communal public obligation. As the world becomes more integrated, there is growing concern amongst Muslim communities that sin is becoming the norm, leading society to degeneracy, that people who would not have otherwise sinned are influenced to do so. Common features in forbidding sin across Muslim communities have appeared, often focusing on what are seen as moral issues such as dress codes, music, gambling, alcohol, smoking, and the mixing of men and women in public. The forbidding of sin has resulted in attempts to introduce “Shari’a Zones” in some predominantly Muslim areas of London, whilst in Indonesia, this has given rise to the Islamic Defenders Front and in some Northern Nigerian states to the reintroduction of the criminal codes of the Shari’a.
Advertisement

previous article The revenge of the Jinns: spirits, Salafi reform, and the continuity in change in contemporary Ethiopia
next article Review Essay: Viewing Uzbek Islam from the Field 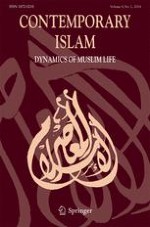