Computational science in the eighteenth century. Test cases for the methods of Newton, Raphson, and Halley: 1685 to 1745 | springerprofessional.de Skip to main content
TOOLBAR 1 2 3 4
SEARCH MENU 1 2 3 4

This is an overview of examples and problems posed in the late 1600s up to the mid 1700s for the purpose of testing or explaining the two different implementations of the Newton-Raphson method, Newton’s method as described by Wallis in 1685, Raphson’s method from 1690, and Halley’s method from 1694 for solving nonlinear equations. It is demonstrated that already in 1745, it was shown that the methods of Newton and Raphson were the same but implemented in different ways.

Title
Computational science in the eighteenth century. Test cases for the methods of Newton, Raphson, and Halley: 1685 to 1745
Author:
Trond Steihaug 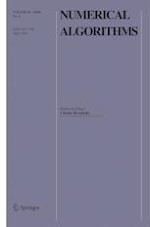