This paper is motivated by results of extensive comparative study of three-point methods for solving nonlinear equations presented in the paper (C. Chun, B. Neta, Comparative study of eighth-order methods for finding simple roots of nonlinear equations, Numer. Algor. 74, 1169–1201, 2017). In the first part, we show that the best ranking method, constructed by Sharma and Arora in 2016, is actually a special case of the family of three-point methods presented in the paper (J. Džunić, M. S. Petković, L. D. Petković, A family of optimal three-point methods for solving nonlinear equations using two parametric functions, Appl. Math. Comput. 217, 7612–7619, 2011). Since the mentioned Chun-Neta’s comparative study was carried out by testing algebraic polynomials of low degree (not higher than 6), in the second part we have extended comparative study to higher-order polynomials, polynomials with random coefficients, and polynomials with clusters of zeros. The performed experiments confirmed results of Chun and Neta. As in the cited paper of Chun and Neta, we have also applied the quality study based on computer visualization plotting the basins of attraction. 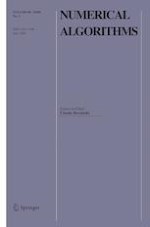