The cerebral cortex, thalamus and basal ganglia together form an important network in the brain, which is closely related to several nerve diseases, such as parkinson disease, epilepsy seizure and so on. Absence seizure can be characterized by 2–4 Hz oscillatory activity, and it can be induced by abnormal interactions between the cerebral cortex and thalamus. Many experimental results have also shown that basal ganglia are a key neural structure, which closely links the corticothalamic system in the brain. Presently, we use a corticothalamic-basal ganglia model to study which pathways in corticothalamic system can induce absence seizures and how these oscillatory activities can be controlled by projections from the substantia nigra pars reticulata (SNr) to the thalamic reticular nucleus (TRN) or the specific relay nuclei (SRN) of the thalamus. By tuning the projection strength of the pathway “Excitatory pyramidal cortex-SRN”, ”SRN-Excitatory pyramidal cortex” and “SRN–TRN” respectively, different firing states including absence seizures can appear. This indicates that absence seizures can be induced by tuning the connection strength of the considered pathway. In addition, typical absence epilepsy seizure state “spike-and-slow wave discharges” can be controlled by adjusting the activation level of the SNr as the pathways SNr–SRN and SNr–TRN open independently or together. Our results emphasize the importance of basal ganglia in controlling absence seizures in the corticothalamic system, and can provide a potential idea for the clinical treatment. 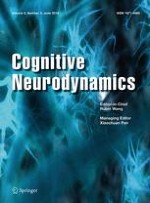