Most stars form as part of a stellar group. These young stars are mostly surrounded by a disk from which potentially a planetary system might form. Both, the disk and later on the planetary system, may be affected by the cluster environment due to close fly-bys. The here presented database can be used to determine the gravitational effect of such fly-bys on non-viscous disks and planetary systems. The database contains data for fly-by scenarios spanning mass ratios between the perturber and host star from 0.3 to 50.0, periastron distances from 30 au to 1000 au, orbital inclination from 0∘ to 180∘ and angle of periastron of 0∘, 45∘ and 90∘. Thus covering a wide parameter space relevant for fly-bys in stellar clusters. The data can either be downloaded to perform one’s own diagnostics like for e.g. determining disk size, disk mass, etc. after specific encounters, obtain parameter dependencies or the different particle properties can be visualized interactively. Currently the database is restricted to fly-bys on parabolic orbits, but it will be extended to hyperbolic orbits in the future. All of the data from this extensive parameter study is now publicly available as DESTINY. 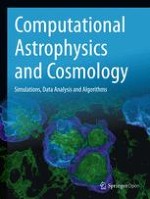