Currently, people use the Internet for both work and leisure. The hedonic features of a website are as crucial as its functional features. In recent years, website researches have begun paying attention to user experience because people immerse games on websites. This study examined how satisfaction differs in different flow states. This study investigated the flow experience of online game players in states of excitement and relaxation and explored how flow states influence website satisfaction and actual use time. Because motivations engendered by goal or behavior orientation moderates the relationship between flow states and website satisfaction, the optimal flow pattern may differ between goal- and behavior-oriented website game players. This study used clustering analysis and a t test to divide and compare the groups. The total number of respondents was 340. Among these, 175 players (51.47%) were male. The results revealed that the goal-oriented players were more satisfied in the relaxation flow state, and the behavior-oriented players were substantially satisfied at an exciting flow experience. However, both goal- and behavior-oriented players demonstrated no significant difference in the time spent on playing games when they were immersed in a flow state. From a theoretical perspective, this study demonstrated that different balances between challenge and skill result in different experiences and satisfaction levels. This study provided a novel finding that the spending time playing games did not mean that the players were more satisfied. Game developers should thoroughly evaluate the balance between challenges and skills based on their target players and company strategies when designing games. 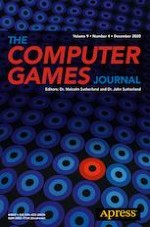 Fortnite Streamers as Influencers: A Study on Gamers’ Perceptions