Development and modelling of different decarbonization scenarios of the European energy system until 2050 as a contribution to achieving the ambitious 1.5 ∘C climate target—establishment of open source/data modelling in the European H2020 project openENTRANCE | springerprofessional.de Skip to main content
TOOLBAR 1 2 3 4
SEARCH MENU 1 2 3 4

The ambition of the openENTRANCE project is to develop and establish an open, transparent and integrated modelling platform for assessing low-carbon transition pathways of the European energy system. In this context, the open source energy system model GENeSYS-MOD is one of the core models having been developed enabling quantitative scenario pathway studies of the future European energy system. The four quantitative studies presented in the openENTRANCE project and in this paper build upon the four storylines developed at the beginning of the openENTRANCE project. A storyline is a narrative describing possible future trajectories (pathways) of the energy transition. Storylines should be understood as possible future developments of the European energy system, which could occur equally without having a preference for one of them. Three of the storylines, and subsequently quantified scenario pathway studies in openENTRANCE comply with the (European fraction of the) 1.5 ∘C global temperature increase limit. The fourth one approaches the 2.0 ∘C limit. The quantified scenario pathway results not only show the needs of the fully open energy system model GENeSYS-MOD to find feasible solutions of the underlying analytical optimization problem, but more importantly highlight what needs to be done in the future European energy system if we seriously intend to limit global warming! 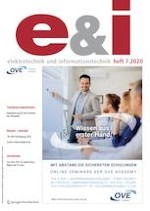 The role of IT in energy systems: the digital revolution as part of the problem or part of the solution

A recommendation for suitable technologies for an indoor farming framework