In video games higher education, lecturers are often presented with a student cohort that represents a broad range of ability levels. Teaching such groups can be a challenge, as it is easy to under or over stretch students on the extremes of the ability spectrum. Differentiation is a methodology and teaching philosophy in which the goal is not to raise each student to a set level, but rather to ensure that each student improves as much as they are individually capable. While there has been much written on the subject of differentiation techniques in a school level and further education context, there is little in terms of differentiation literature in a video games higher education context. Using the principles of Action Research, three differentiation techniques were employed across six lectures, with a total of 38 student interviews being conducted after the lessons concluded. These were then critically analysed in conjunction with self-refection from the lecturer. The results determined that all three techniques had individual strengths and weaknesses—and are therefore appropriate in different situations. A particularly promising technique was the “Choice of Task”, where students were able to select from a short list of tasks designed to provide them with varying levels of challenge, allowing them to self-manage their learning. The technique shows potential to be effective within a video games higher education context, and the manner in which it is used represents a potential avenue for further research. 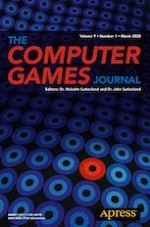 Evidence of Poor Writing and Academic Standards Among University Students in the UK, and the Need for More Rigorous Accreditation of Degree Courses