This study seeks to explain the profound discord currently observable in elite political discourse on Chinese investments in many host countries. Using Argentina as a case study, a combination of quantitative content analysis and qualitative discourse analysis was employed to analyze parliamentary speeches on a controversial space-monitoring station built there by China in 2015. The study finds that the competing discourses about China in Argentinean politics draw primarily on locally embedded contexts and the region’s particular historical experiences and geopolitical position. These local narratives are used in different ways by both sides of the debate to support contradicting positions on relevant issues. Questions of regional hegemony, center-periphery relations, national autonomy as well as Peronist and anti-Peronist ideologies are being drawn on by elite politicians in an attempt to cope with the deep uncertainty about what China’s increased engagement means for the country and to compensate for the lack of predictability about China’s behavior in its future role as a major global power. Ultimately, however, Argentina’s elite politicians end up in a dilemma in which these narratives and historical memories can be spun in both ways to either support or reject a controversial investment project to go ahead on domestic soil that is, at the same time, a symbolic test for the potential depth of the future relationship with China. 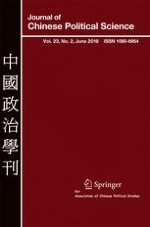