Radiation and hormone level targeted drug therapy are one of the most widely adopted treatment options for different types of cancer. But, due to genetic variations, cancer patients shows heterogeneity towards targeted drug therapies. In such a scenario precision medication necessitates the design of targeted drug therapy for each individual based on their genetic structure. Predictive modeling and drug response data of cancer cells are imperative in designing personalized cancer treatment. Recent advancement in cancer research has produced various pharmacogenomic databases, which further encourages ongoing research in precision medication. In this paper, we have proposed the drug sensitivity prediction framework using ensemble and multi-task learning. The proposed framework successfully maps non-linear relationships among anti-cancer drugs and have modeled their dependency. Further, the proposed framework is validated using publicly available real data sets-GDSC, CCLE, NCI-Dream. The proposed ensemble model shows quite promise in predicting anti-cancer drug response and has achieved lesser mean square error 3.28 (CGP), 0.49 (CCLE) and 0.54 (NCI-DREAM) in comparison to other existing counterparts. 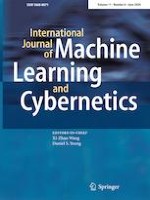