Data augmentation has been utilized to improve the accuracy and robustness of face recognition algorithms. However, most of the previous studies focused on using the augmentation techniques to enlarge the feature set, while the diversity produced by the virtual samples lacked sufficient attention. In sparse dictionary learning-based face recognition, \(l_1\)-based sparse representation (SR) and SVD-based dictionary learning (DL) both have shown promising performance. How to utilize both of them in an enhanced training process by data augmentation is still unclear. This paper proposes a novel method that utilizes the sample diversity generated by data augmentation and integrates sparse representation with dictionary learning, to learn dual sparse features for robust face recognition. An additional feature set is created by applying sample augmentation via simply horizontal flipping of face images. The two sparse models, \(l_1\)-based SR and SVD-based DL, are integrated together using our new proposed objective function. Under two-level fusion of both data and classifiers, the diversity between two training sets is well learned and utilized, in three implementations, to obtain a robust face recognition. After conducting extensive experiments on some popular facial datasets, we demonstrate the proposed method can produce a higher classification accuracy than many state-of-the-art algorithms, and it can be considered as a promising option for image-based face recognition. Our code is released at GitHub. 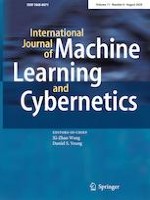