Neurocomputing studies on consumer attitudes have recently made a significant contribution to branding psychology. This study investigates consumer decisions for a branded stimulus using advanced machine learning algorithms. Electroencephalogram (EEG) signals were recorded during experiments in which ten branded and ten unbranded smartphones were shown to the subjects as stimuli. Then, EEG signals were classified using a methodological approximation consisting of four stages: pre-processing, feature extraction, channel selection, and classification. This is the first time a four-stage methodology has been applied in a neuromarketing study. The analysis study employed autoregressive (AR), principal component analysis (PCA), and piecewise constant modeling (PCM) in the feature extraction stage; artificial bee colony (ABC) and independent component analysis (ICA) in the channel selection stage; and artificial neural network (ANN) and support vector machine (SVM) in the classification stage. By comparing the successes of the methods in each stage, the methodological combination that gives the best classification performance was determined. According to the results, 72% accuracy was obtained in the average classification and an 85% accuracy on an individual basis. In the classification that achieved the best success, PCA in feature extraction, ABC in channel selection, and ANN in classification were used. In addition, the AF3-F7 (frontal brain regions) channels were observed to be the best-decomposed channel pair for different classes. The results also showed that stimulation within the brain for a branded product occurred at about 200 ms after the stimulus onset. 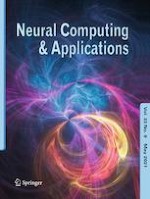 Source localization in resource-constrained sensor networks based on deep learning