Create an alert for Journal of Nanoparticle Research now and receive an email for each new issue with an overview and direct links to all articles. 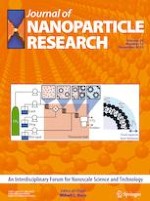 The effect of annealing treatment on thermoelectric properties of nanostructured Bi0.5Sb1.5Te3 thin films fabricated by ball milling and thermal evaporation