Title
Estimating the Integral of the Square of Derivatives of Symmetric Probability Densities of One-Dimensional Random Variables
Authors:
A. V. Lapko
V. A. Lapko 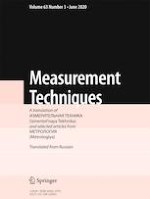 Investigation of Inter-Frequency Signal Delays on Board Glonass Navigation Satellites