The province of British Columbia, Canada, began its community forests (CF) program by permitting a range of governance structures, both to allow flexibility and to discover the most appropriate structures for this new forestry tenure. The majority of municipalities participating in this program elected to hold their CF tenure through a separate corporation or limited-liability partnership arrangement, sometimes jointly with Indigenous communities or other parties. We consider the strengths and vulnerabilities of the most common ownership and governance structure adopted by municipalities, the municipally owned corporation (MOC), by reviewing the performance of three different MOCs against standards of democratic and effective decision-making, and the record of each of these three CFs in achieving its stated objectives. We hypothesize that ten key conditions increase the probability of success in meeting these standards and achieving goals. Our findings are also especially relevant to other governance of small-scale common pool resources situations with high-cost reporting requirements, poor regulatory oversight, and weak economies of scale. They add substance, nuance, and complexity to conditions previously identified in the co-management literature. 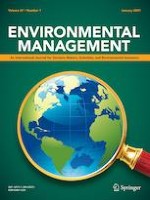 Factors Affecting the Behavior of Large Forest Fires in Turkey

The Dynamics of Multiscale Institutional Complexes: the Case of the São Paulo Macrometropolitan Region